Home » The Airbus A300s are still in service by Iranian airlines 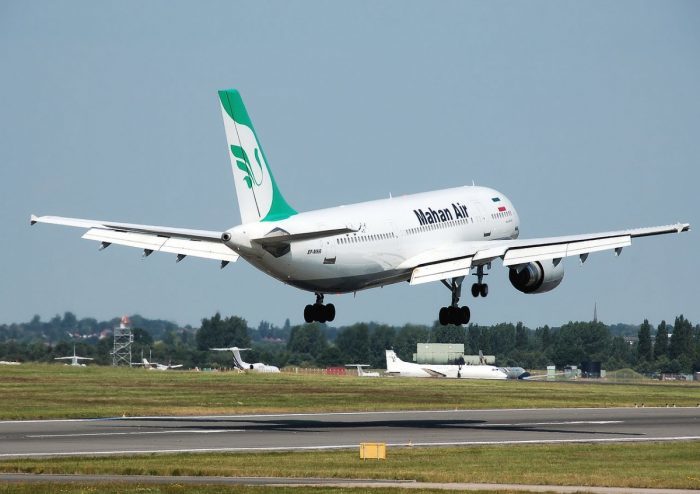 The Airbus A300 was, and is, an important aircraft. Not only was it the first aircraft produced by Airbus (Airbus Industrie), it was also the first widebody, twin-engine passenger aircraft ever made. Sadly, the Airbus A300 is now way past its prime, but we’ll take a look at the small handful of airlines which still operate the type.

The Airbus A300 entered service way back in 1974 with Air France. Production of the type ended in 2007, after a 33-year-run which saw 561 individual aircraft built.

The Airbus A300 was a truly versatile aircraft in its time. Not only was it used as a passenger airliner, a number of specialized A300s were developed to serve as freighters, military cargo transports and even aerial refueling tankers.

As is usually the case with freighters, they tend to stay in service longer than airliners. As a result, the majority of the 223 Airbus A300s still in service operate in a freighting capacity.

That leaves just a small handful of Airbus A300s still flying as airliners today. As you might expect, the airlines still operating these ancient aircraft are pretty obscure. They also all, bar one, reside within a single country.

Because almost all of the Airbus A300s still in service today are operated by Iranian airlines, it is somewhat tricky to get accurate information about them.

Nevertheless, Mahan Air is the airline with the largest number of Airbus A300s still in service.

Mahan Air bought all 11 of its Airbus A300s between 2009 and 2014, but they were far from new when they entered service with the airline.

All but one of the Mahan Air Airbus A300s came from Lufthansa, and they range in age between 28- and 32-years-old.

The remaining Mahan Air Airbus A300 has flown for both Japan Airlines and Kyrgyz Airways, and it is significantly younger than its siblings at just 17-years-old.

Despite being Iran’s flag carrier, Iran Air has a smaller fleet than Mahan Air – 35 aircraft compared to Mahan Air’s 46. It also has fewer passenger Airbus A300s in its fleet, just five in total.

The majority of Airbus A300s still in service are freighters. Aero Icarus via Flickr

Iran Air does, however, operate a sizeable fleet of eight freighter Airbus A300s.

Unlike Mahan Air, Iran Air did actually purchase a fair few of its Airbus A300s new from Airbus, presumably because it is a government-owned airline.

Qeshm Air is significantly smaller than Iran Air, with a total fleet of just 18 aircraft.

As it operates passenger services only, it also doesn’t have any freighter Airbus A300s.

The final Iranian airline on the list of Airbus A300 operators is Meraj Airlines.

The two Airbus A300s Meraj Airlines owns make up a third of its total fleet.

Source: Which Airlines Still Operate The Airbus A300?: Simpleflying