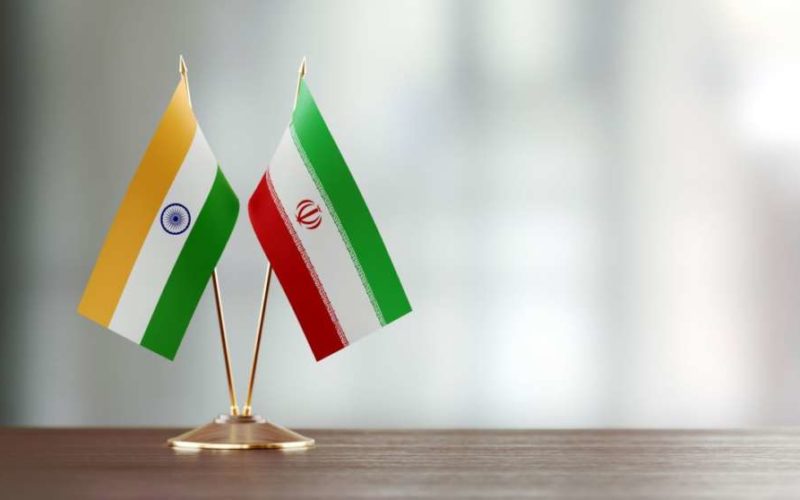 Iran had always been India’s trusted crude oil exporter, which had aided to India’s growing energy requirements. The changing dynamics of geopolitics has resulted in a change in India’s position on its import of crude oil from Iran. Whether India has been able to avoid compromising on its strategic autonomy remains a part of the debate and discussion. But there is no denying the fact that India had to go along with US sanctions compliance and tilt towards the United States, especially at a time when India’s whole effort has been to enhance its GDP and address the concerns emanating from the ongoing economic slowdown.

India’s dependence on Iran’s export of crude oil was being seen as a major factor in the US approach to sanctions against Iran. India had no option but to comply with the United States’ decisions on reducing Iran’s crude oil exports to zero and hence, the US ended waivers in May 2019 that had allowed the top buyers of Iranian oil to continue with their imports for six months. India had to stop importing oil from Iran after the United States refused to extend exemption from sanctions.

India and the US entered into Strategic Energy Partnership affirming the strategic importance of energy cooperation between the two countries. The agreement was touted as setting the stage for deeper and more meaningful engagement serving as a centrepiece in the bilateral relationship.

India happened to be Iran’s top oil buyers with the import of 23.5 million tonnes in 2018-2019. With the US’ conditional waiver for Iranian oil imports to eight countries including India and China, India was able to scale up its imports of crude oil. India spent $111.9 billion on oil imports in 2018-2019.

Speaking at the US-India Strategic Partnership Forum’s annual leadership summit, the Minister for Petroleum and Natural Gas has said that India’s total import of crude, LNG and cooking coal which was at $7.2 billion in 2018-19 may go up to $10 billion in the current fiscal. Thus, India’s energy trade with the US will rise by more than 42%. According to the minister, India-US bilateral energy partnership should naturally scale the next higher step considering the rise in US production, India’s demand and the emerging geopolitical uncertainties.

While US hopes to increase its market share and include Indian market into its selling basket, New Delhi looks to US supplies as a means of scaling down the dependence on Gulf and West Asian crude suppliers as also the OPEC member countries accounting for about 65% of our oil imports constituting about 82% of our requirement.

The Indian energy sector went into a tailspin after the devastating drone attack on Saudi Arabia’s state owned Aramco oil processing facilities at Abqaiq (Biqayq) and Khurais in eastern Saudi Arabia on 14 September 2019, igniting a fresh round of tensions in the Gulf region, a global energy hub. The Yemen-based Houthi movement claimed responsibility for the attacks carried out by 11 GPS guided drones almost 500 miles inside Saudi territory, destroying more than half of Saudi crude output, 5% of global oil supply—that is about 5.7 million barrels per day. Even as the furious Saudi government prepared to strike back at Yemen, the US ironically stopped them and US Secretary of State Mike Pompeo swiftly accused Iran, accusing them of the attack. According to US defence experts and Pentagon’s unlisted military monitors, Houthi rebels lacked sophisticated weapons to penetrate 500 miles into Saudi areas, which only Tehran could have. Yet, so far, the US has not released any imagery or evidence of Iran’s involvement in the attack on Aramco.

Thus, the Trump administration turned the attack on Saudi oil facility against Iran (Trump said, “take military action and confront and deal with this terrorist attack”), and used it to tighten the screws on Tehran, increasing sanctions and bringing more pressure on India to stay away from dealing with Iran. Meanwhile, Turkey’s President Recep Tayyip Erdogan declared that Ankara would continue to procure crude and gas from Iran despite US sanctions. But Turkey’s private sector is reluctant to deal with Iran, fearing financial and banking retaliation from US majors.

Indian private sector and state owned oil companies are already deeply entrenched with US energy suppliers. While Prime Minister Narendra Modi met with captains of US oil industry recently, GAIL had signed a 20-year contract with the US in 2013 for shale gas, the first shipment of which arrived in 2017. The same year another state owned company, Indian Oil Corporation (IOC) made spot buying in US, turning its back on Iran, one of the three top energy suppliers to India.

While a section of US diplomatic community recognises India’s immense importance for the US, the White House expects India to toe the US line on foreign policy, trade relations with Iran and China, defence deals with Russia and sign on the dotted lines on Washington’s arbitrary and inconsistent sanctions policy, putting our security, financial interests and strategic footprints at extreme and irreparable peril.

It is imperative for the Modi 2.0 government to impress upon the Trump administration that New Delhi values its relationship with the US just as much as the US should respect India’s concerns in the changing geopolitical scenario. The US, however, has exempted India’s development of Chabahar port from its Iranian sanctions. India has dropped its dependency on Iranian oil, but in the long run it will have to reconsider its decision and protect its strategic autonomy in the decision making process. The partners and the allies of the US have certainly respected its decision on Iran, but it should not be misconstrued as if India has completely given up on Iran and its crude oil exports to India.