Home » The magnitude of Iran’s influence in Iraq 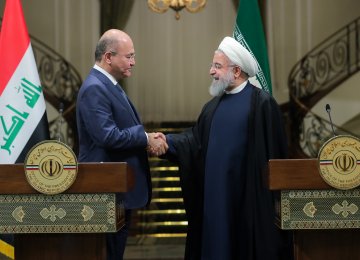 Well-known Iranian activist and journalist Roohollah Zam was captured Oct. 14 in Iraq and deported to Iran. The details surrounding his arrest and deportation have raised questions about the magnitude of Iran’s influence in Iraq.

BBC Persian, Saudi-funded Alarabiya and many other Persian and Arabic media outlets reported that Zam had been captured by the Iraqi National Intelligence Service on an arriving flight from France at the Baghdad airport and immediately handed to Iranian agents, who sent him to Tehran the same day. Both the Iranian and Iraqi governments have remained silent about the reports, neither confirming or denying them.

Despite having a good relationship with Iran, the Iraqi National Intelligence Service has been widely known for being independent from Tehran’s influence in Iraq. Pro-Iranian social media have accused the Iraqi service of being behind the recent protests in Iraq, accusing its head of supporting the organizers of the anti-corruption protests that erupted in Baghdad and other Iraqi southern cities Oct. 1.

Source: Is Iran expanding its influence in Iraq?: Al-monitor

Establishment of a new mechanism for Humanitarian Aid To Iran
Iran plans to build attack speedboats with speed of 100 knots.