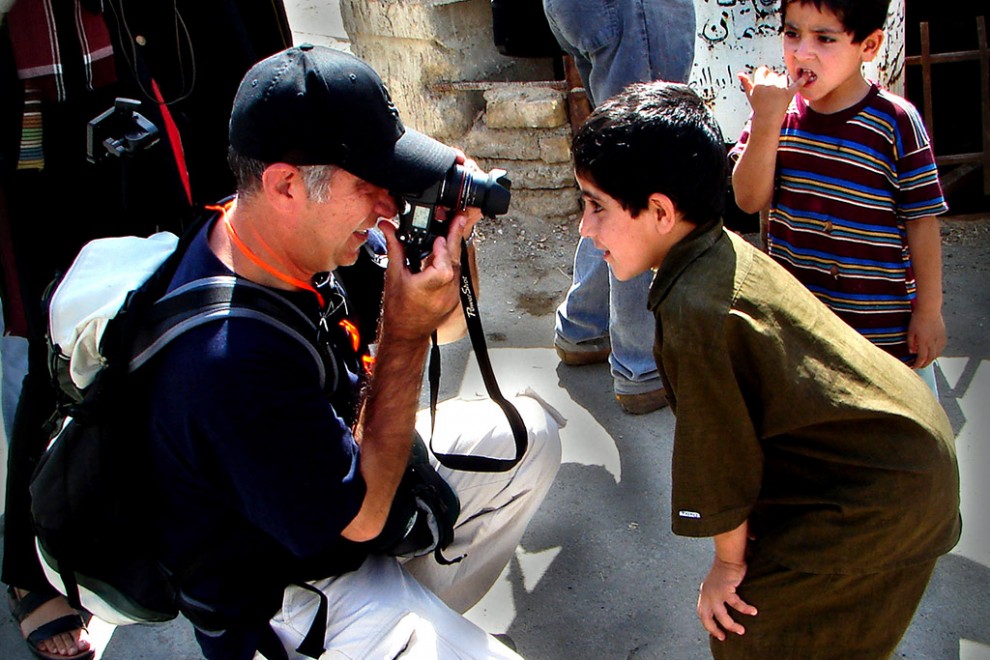 Since many sanctions have already been dropped by the European Union, European companies have a head start in developing more robust Iran vacations.

When U.S. President Barack Obama announced last year that he had successfully negotiated a deal to drop sanctions against Iran in return for more stringent monitoring of the country’s nuclear program, many believed that the opening of Iran to more American tourists was on the way.

The situation on the ground in Iran remains difficult for tour operators, however, due to strict restrictions on banking and limitations on how tourists can move around the country.

Since many sanctions have already been dropped by the European Union, European companies have a head start in developing more robust Iran vacations. But a big jump in demand will likely soon propel the country back into the relevance for American tourists.

“It’s not just Americans; the demand for Iran is pretty strong across the board, which goes against everything going on right now in the region,” G Adventures vice president for buying Yves Marceau told Skift. “Numbers to Turkey, Israel, and Jordan are down but Iran is up 200 percent.”

For the time being, the U.S. Department of State still advises American tourists to avoid Iran.

“Various elements in Iran remain hostile to the United States,” reads the U.S. Department of State’s latest Iran warning. “Since the U.S. and Iran reached a Joint Comprehensive Plan of Action to address the international community’s concerns over Iran’s nuclear program on July 14, 2015, Iran has continued to harass, arrest, and detain U.S. citizens, in particular dual nationals.

“The U.S. government does not have diplomatic or consular relations with the Islamic Republic of Iran and therefore cannot provide protection or routine consular services to U.S. citizens in Iran. The Swiss government, acting through its Embassy in Tehran, serves as protecting power for U.S. interests in Iran. The range of consular services provided by the Foreign Interests Section at the Swiss Embassy is limited and may require significantly more processing time than at U.S. embassies or consulates.”

European airlines, however, are looking to operate flights to Tehran, while U.S. airlines are rumored to be exploring the possibility of entering the Iranian market once again. Air France is set to begin flights to Tehran on April 17.

In addition to travel restrictions, North American businesses are still heavily constrained in their ability to engage with the Iranian banking system and obtain visas.

“So far we don’t see a big difference either from our ability to operate more easily or get visas,” said Julie McCormack, Asia program director at adventure tour operator Mountain Travel Sobek. “European countries have lifted their sanctions; we still have to pair operators through a third country and it’s a cumbersome process.”

Mountain Travel Sobek, for instance, has to obtain visas for U.S. clients through the newly-reopened Iranian embassy in London.

But for tour operators, the potential growth in Iran outweighs concerns over continued red tape. G Adventures currently offers four tours that incorporate Iran, with some passing through Tehran by rail.

“We’re talking with our partners in Iran about things like homestays, visits, home-cooked meals instead of staying in hotels,” said Marceau. “It’s an adventure destination, but it’s still a long-haul destination for Americans. It’s still really stressful for the visas, because you never know if its going to be accepted and it comes in very close to travel dates.”

Once the U.S. Department of State drops its Iran travel warning, the big hook for adventure-seeking Americans will be the pristine antiquities present in Iran.

“Now with what’s happened in Syria and other places with antiquities, Iran is one of the last places you can see well-preserved sites from the era of Persepolis and all that,” said McCormack. “Because it’s a dry climate, and they havent had any civil issues there in a long time, everything’s in really great shape. They have so much space that hasn’t been excavated, and they dont have international aid to excavate because of sanctions.”

Tour operators are also hoping that rapprochement with Cuba, Burma and Iran will lead to other opportunities to enter countries that have traditionally been closed to American travelers.

“You see these cycles when they’re coming up,” said Marceau. “The next one is going to be North Korea; something is going to happen, and the policies of the current regime are going to change.”