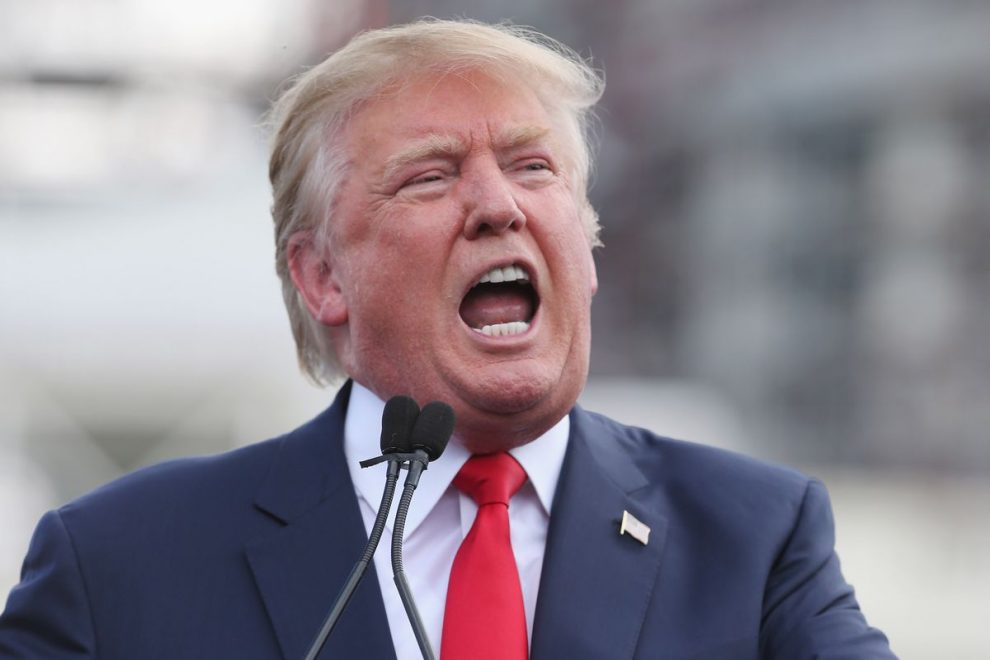 In fact, Trump may be violating the deal’s spirit.

Donald Trump really, really hates the Iran nuclear deal and wants to pull the US out of it. And it’s now starting to look like he might actually try to do it.

Last month, the president — after a long, drawn-out battle with his top national security officials — reluctantly agreed to certify the deal for the next three months. But according to a recent report in Foreign Policy, the president has assembled a special team of White House aides whose sole task is to figure out a way to claim that Iran is violating the deal. That way he can say it was Iran’s fault the deal fell apart, not his.

There’s just one problem: Experts, including the International Atomic Energy (IAEA) — the nuclear watchdog agency in charge of verifying Iran’s compliance with its obligations under the deal — says that Iran is in compliance.

To get around that pesky detail, Trump and his team will probably try to make the case that Iran is violating the “spirit” of the deal, if not the letter. And they’ll most likely point to Iran’s ballistic missile tests as evidence of this, as well as other provocative behavior such as launching a space rocket.

But while those actions are all troublesome, experts say that none of them violate the nuclear deal — even in spirit.

“The truth to what Trump is saying is that Iran is doing a lot of bad things that are against the interests of the United States and our partners and allies,” says Jon Finer, who was the chief of staff and policy planning director for former secretary of state John Kerry. “How that connects to the nuclear deal is where his logic falls apart.”

In fact, some experts believe if anyone isn’t abiding by the deal’s spirit, it’s Trump.

The nuclear deal is about just one thing: Iran’s nuclear program

It’s worth taking a brief pause to go over what the Iran deal, formally called the Joint Comprehensive Plan of Action (JCPOA), actually involved — and what it didn’t.

Under the deal, a group of countries — the United States, the United Kingdom, France, Russia, China, Germany, and the European Union — agreed to lift crippling sanctions imposed on Iran’s nuclear program, giving it greater access to the global economy.

In return, Iran agreed to take concrete steps to curb its nuclear program, limiting it to strictly peaceful applications, and to allow intrusive inspections of key nuclear facilities by the International Atomic Energy Agency to ensure compliance.

That’s it. There was nothing in the deal that said Iran would agree not to test ballistic missiles, or to stop sponsoring terrorist groups like Hezbollah and Hamas, or to improve its human rights record at home.

And that’s no accident. “By design, the JCPOA is focused on one issue only: Iran’s nuclear program,” explains Suzanne DiMaggio, an Iran expert at the New America think tank. You see, it’s not that the Obama administration and the other countries involved wouldn’t have loved to get a deal that included all those other things. It’s just that Iran flat-out refused to budge on any of that stuff.

The only thing they were willing to negotiate on was their nuclear program. That’s it. Because the Obama administration felt that Iran’s nuclear program was the biggest, most pressing threat, they agreed to leave all that other stuff out and focus the deal exclusively on the nuclear program.

But, by that same token, the agreement doesn’t preclude the US or any other country from punishing Iran for its non-nuclear activities. That’s why the US was able to impose sanctions after Iran carried out missile tests on July 18.

“You could say it’s a terrible deal because it doesn’t cover Hezbollah, and Syria, and Yemen, and missiles, and human rights,” says Ernest Moniz, Obama’s energy secretary and top Iran deal negotiator. “That’s not what the agreement is.