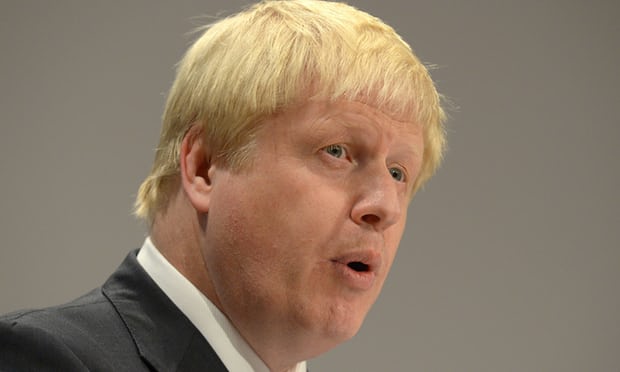 The UK hopes to finally end a near four-decade legal dispute with the Iranian government over hundreds of Chieftain tanks Tehran bought from the UK in 1976, but never received.

The British government admits it owes Iran up to £300m, but the countries have wrangled over the precise sum and whether any payment could be made while Tehran was still under EU economic sanctions for its nuclear programme.

Downing Street insists there is no link between the dispute and efforts by the foreign secretary, Boris Johnson, to release the Iranian dual national Nazanin Zaghari-Ratcliffe during an expected visit to the country soon.

The chances of a settlement in the Chieftain tank dispute are high since both sides have given ground over the sum involved and because economic sanctions were lifted as part of the 2015 nuclear deal.

Ben Wallace, the current Home Office security minister, said in 2014 before he took the role that the UK government’s handling of the case was “un-British, double-dealing and obfuscatory”.

The Foreign Office said settling the Chieftains dispute was always one of the aims of Johnson’s visit, and could not be described as the price for gaining the release of Zaghari-Ratcliffe.

Bahram Ghasemi, Iran’s foreign ministry spokesman, reinforced this view. He told the semi-official Isna news agency: “Repaying the UK debt to Iran is not related to the case of Mrs Nazanin Zaghari; these are two separate issues.”

Iran has indicated that it will begin formal negotiations with the UK over a range of outstanding issues, including Zaghari-Ratcliffe. Local media in Iran reported that the country’s foreign ministry had been given the green light to negotiate with the UK government over four different sets of agreements. They did not give further information about the details of such outstanding issues, but the news agencies made clear that judicial matters including the extradition of a number of people convicted to prison terms would be on the table.

The news indicates that Iran is willing to negotiate with the UK to overcome a series of stumbling blocks preventing an improvement in bilateral relations. This is also the strongest sign from Tehran that it is willing to include Zaghari-Ratcliffe’s case as part of the talks.

“According to an edict by a senior executive official, it has been decided that the justice ministry will cooperate with the ministry of foreign affairs to conduct negotiations, oversee and sign four temporary agreements between the government of the Islamic Republic and the government of the United Kingdom of Great Britain over judicial matters, including extradition of convicts, in the next three years,” read the communique reported by the local media.

Iran’s judiciary, which acts independently of the country’s government, has put limits on what the moderate administration of Hassan Rouhani can do over Zaghari-Ratcliffe’s case. Rouhani’s brother was arrested by the same judiciary earlier this year.

It emerged last week that the British Foreign Office was studying a package of measures to ease relations with Iran before a visit to Tehran later this year by Johnson, which has been billed as the foreign secretary’s chance to win the release of Zaghari-Ratcliffe, who is serving a five-year jail sentence for spying.

The key areas for discussion are likely to be the Iranian claim for billions in compensation for Iranian firms that had assets frozen during the era of sanctions; and a full easing of banking restriction for Iranian companies and individuals operating in the UK. The Guardian understands that there are at least two court cases for which Iran is owed billions of pounds from Britain.

An unspecified number of dual nationals from Britain are held in Iranian jails, including Iranian-British businessman Kamal Foroughi. It is not clear if any Iranian nationals are currently held in UK prisons for crimes such as violating economic sanctions.

Zaghari-Ratcliffe is currently held at Tehran’s notorious Evin prison, serving a sentence on charges of spying and trying to topple the Iranian establishment. Her case drew attention after the UK foreign secretary gave an erroneous statement earlier this month suggesting she was training journalists in Iran despite her family insisting at all times that she was on holiday.

Johnson met Zaghari-Ratcliffe’s husband on Wednesday in a meeting that Richard Ratcliffe described as positive and constructive. The UK is considering whether to grant her diplomatic protection, which would escalate her case from a consular issue to a state matter. Iran indicated that it would not countenance such a proposal because it did not recognise dual nationality and is thus treating Zaghari-Ratcliffe solely as an Iranian.

Zaghari-Ratcliffe, 38, has been in jail in Iran since April 2016. The Revolutionary Guards, the elite forces that arrested her at the airport, have accused her of attempting to orchestrate a “soft overthrow” of the Islamic Republic. She and her young daughter, Gabriella, were about to return to the UK from Iran after a family visit.

Since then, she has spent most of her time in Evin prison in Tehran while Gabriella, three, has been in the care of her mother’s Iranian family, who are only able to visit her during regular prison visits.

The legal dispute over the Chieftain tanks stems from a £600m contract paid in 1976 by Tehran to International Military Services (IMS), then a subsidiary of the Ministry of Defence, in return for 1,750 tanks. IMS exists now only as a shell company, which has with £500m set aside for a payment to Iranian government.

Iran has been pursuing reimbursement since 1979 when the fall of the shah led to the UK banning arms exports to Iran. At the time just 185 of the 1,750 purchased tanks, all paid upfront, had been delivered. The remainder were sold to Saddam Hussein, many to be used against Iran by Iraq in a brutal war.

The Chieftain tank deal was the largest of more than 60 contracts that were cancelled by the UK.

During arbitration in 2001, the Paris-based International Chamber of Commerce sided with Tehran, leading to an expectation that IMS would hand over up to £390m.

The UK government agreed to pay an agreed sum into court in 2002, but a further UK legal challenge, and appeal over the contract’s market value, led in 2009 to the Dutch supreme court slightly reducing the size of the sum. The point of dispute between the two sides is said to be in the tens of millions of pounds and substantially less than the cost of the continued UK litigation.

The UK subsequently argued it could not make the payment since the Iranian defence ministry was subject to EU sanctions.

In 2013, efforts by Iranian officials to demand payment through a UK court enforcement order led to their visas being cancelled on arrival at Heathrow before they were deported.

The latest IMS accounts filed in August this year state that Iran was were intending to seek a further court enforcement order, with a hearing set for October 2017, but the annual report stated that the directors were seeking a negotiated settlement.