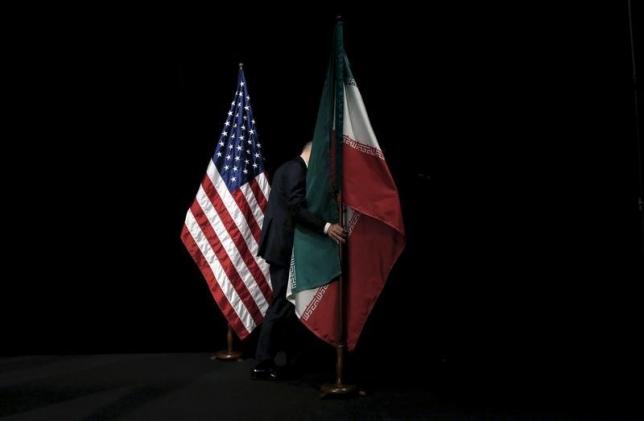 After meeting for more than 2 1/2 hours behind closed doors, the ministers emerged saying they agreed to meet again Friday on the sidelines of a high-level U.N. ceremony to sign the climate change agreement.

At issue is implementation of the nuclear deal, which was supposed to give Iran relief from crippling economic sanctions in exchange for curbing its nuclear program.

Iran says it is locked out of the international financial system and that the U.S. isn’t fulfilling its obligations under the agreement. The White House, Treasury and the State Department have all said the U.S. has done what is required, but U.S. officials say the Obama administration is considering easing or formally clarifying financial restrictions that prevent U.S. dollars from being used in transactions that enable business with Iran.

The officials have ruled out granting Iran access to the U.S. financial system or direct access to the dollar, but they have left the door open to other steps to encourage trade that is now legal under the nuclear deal.

Kerry told reporters that he and Zarif are working to make sure the nuclear agreement “is implemented in exactly the way that it is meant to be, and that all the parties … get the benefits that they are supposed to get out of the agreement.”

“We worked on a number of key things today. We made some progress on it,” Kerry said. “We agreed to meet on Friday … to sort of solidify what we talked about today.”

Zarif said they focused on how to implement the deal “to make sure that we will draw the benefits that Iran is entitled to.”

Both Kerry and Zarif will be at U.N. headquarters on Friday for a ceremony attended by more than 130 world leaders and ministers who will be signing the historic climate change agreement reached in Paris in December.

In a speech Monday night, Kerry defended the nuclear agreement, in which Iran curbed its atomic program in exchange for sanctions relief, to the pro-Israel, pro-peace advocacy group J Street that supports the deal. But his comments may have put a price tag on Iran’s anger over sanctions relief.

“Despite the skeptics’ most dire predictions, we are in a place that some people thought was unimaginable and others unacceptable,” Kerry said.

Kerry said some presidential candidates said the amount of money Iran would get under the deal was $155 billion, which was a mistake, and others thought it would be about $100 billion.

“We calculated it to be about $55 billion, when you really take a hard look at the economy and what is happening,” Kerry said. “Guess what, folks? You know how much they have received to date as I stand here tonight? About $3 billion. So what we said to people was true.”

Source: US and Iran Report Some Progress on Iran Sanctions Complaint – ABC News