Home » World Health Organisation Director-General: Iran must be emulated Iran as a role model in terms of public health coverage and primary healthcare 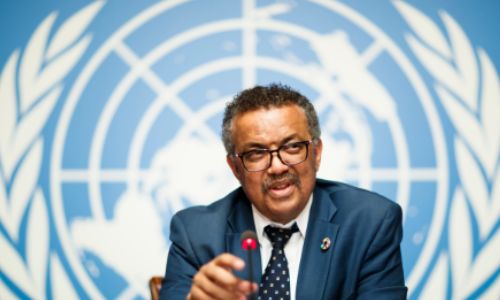 Iran’s commitment to ensure the highest standards of health for all segments of the population is commendable and has received due praise for the efforts made in this direction. As World Health Organisation Director-General, Tedros Adhanom Ghebreyesus acknowledged this, admired Iran’s efforts in providing access to comprehensive healthcare services for all the residents, saying that offering healthcare services to all is a global commitment, and other countries must look to Iran as a role model in terms of public health coverage and primary healthcare. Provision for universal healthcare has seen greater emphasis in recent times at the United Nations and a resolution has also been adopted at the UN General Assembly. What is crucial about this development is that this can serve to help boost international cooperation and infrastructure development of the health sector among interconnected and associated countries in the region. Some of the key technical health issues that warranted discussion included ending preventable newborn, child, and adolescent deaths, strengthening nursing and midwifery as well as hospital sector, developing national institutional capacity for health policy-making and accelerating the regional implementation of the UN Political Declaration on the Prevention and Control of Non-Communicable Diseases. Healthcare in Iran is broadly based on three pillars: the public-governmental system, the private sector, and NGOs. One of the most populous countries in the Middle East, the healthcare and medical sector’s market value in Iran was almost US $24 billion in 2002 and is forecast to rise to US $96 billion in 2017. Iran faces the common problem shared by other young demographic nations in the region: keeping pace with growth of an already huge demand for various public services. Given that the young population will soon be old enough to start new families-and, in turn, boost the population growth rate and subsequently need public health infrastructures and services—Iran’s visionary efforts are particularly commendable for the impact it is assessed to have in the future. It is noteworthy that Iran is also the only country with a legal organ trade. However, the legal character of organ donations is deemed to be a gifting of organs and not their sale and purchase. However, the noble culture of organ donation that still has not taken roots in Indian society, but with the example of Iran societies could progress well in a necessary but often ignored direction. Moreover, investment in healthcare is after all an investment in the country’s future and Iran has definitely set an example that must be emulated.

Enhancement of strategic correlations between Iran, Azerbaijan
Establishment of a new mechanism for Humanitarian Aid To Iran