Home » Zarif: the US attempts for excluding Iran from the region is not going to work 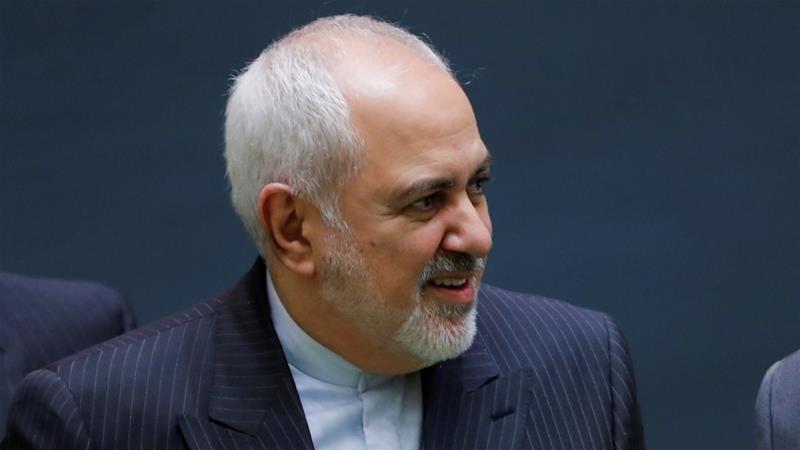 Iran willing to hold nuclear talks with world powers but will not accept US dictates, foreign minister says.

Doha, Qatar – Iran is ready to engage with the international community including the United States over its nuclear programme, Foreign Affairs Minister Mohammad Javad Zarif has said, adding, however, that Tehran would not take part in discussions that did not take into account the Iranian interests.

Relations between Washington and Tehran have sharply deteriorated since US President Donald Trump‘s move and the subsequent reimposition of punishing sanctions as part of a “maximum pressure” campaign against Tehran to force it to renegotiate a new deal.

Referring to Trump’s insistence on the need for a new agreement, Zarif said Iran was “not afraid of deals or meetings” but added that “everyone is required to live up to their own commitments”.

“The survival of any agreement depends on each party gaining something from it,” he said at the event in the Qatar National Museum.

Excluding Iran ‘will not work’

Zarif said US sanctions against Iran have “failed”, adding that Washington’s policy to exclude Iran “from any regional arrangement – whether in Syria, Afghanistan or Yemen – will just not work”.

The foreign minister reiterated Iran’s own initiative to resolve regional crises through the “Hormuz initiative”, named after the strategically-important maritime passageway through which most of the Middle East‘s oil is exported to world’s markets.

First proposed by Iran’s President Hassan Rouhani during his speech at the UN General Assembly meeting in New York in September, the initiative envisions regional cooperation between Gulf states, including Iran, in the areas of maritime security, freedom of navigation and free flow of oil through the Strait of Hormuz. It would promote peace and stability based on mutual respect, non-aggression and non-interference, according to Iranian officials.

Mahjoob Zweiri, professor of contemporary politics of the Middle East at Qatar University, said Iran’s initiative was at competition with US-led efforts to establish maritime and regional security following attacks on oil tankers in the Gulf and on Saudi oil facilities inside the kingdom.

Last week, representatives from more than 60 countries, excluding Iran, met in Bahrain to discuss security arrangements in the region.

“While Iran is an important state in the region, it is however viewed as a threat by some players hence its exclusion from key security arrangements,” Zweiri told Al Jazeera, saying Zarif’s comments on Tuesday were “meant to break Iran’s regional and international isolation”.

“We all have to come together,” he said.

Drawing leaders from around the world, the Munich Security conference will address major regional and international issues, including the long-running conflicts in Syria and Yemen as well as weapons proliferation and internet and energy security.

Source: Zarif: US push to isolate Iran in region will ‘just not work’: Aljazeera

OMAR: Rush into Sanctioning Iran is a wrong policy of United state
The supreme leader of Iran, Ali Khamenei believes that the US is behind the public chaos in Iraq and Lebanon